Below is a list of our current Board Members and a little information on how they got here.

I have lived in Clemson SC for 40 years. I received a degree in Criminal Justice in 1975 and worked as a deputy sheriff for 25yrs with the Pickens County Sheriff Office. In 2002 I retired from the sheriff’s office and became self employed owning 2 businesses. Upstate Process Service and Deputy Dog Pet Sitting. I served one term on Clemson City Council and chose not to run again. I was chosen to work on the security team for the 1996 Summer Olympics in Atlanta, Ga and 2002 Winter Olympics in Salt Lake City, Utah. I started Clemson Paw Partners because I witnessed so much abuse and neglect of animals. I hope you will join me and support Clemson Paw Partners in improving and saving animals lives.

Janet grew up in Easley and graduated from Clemson University in 1977 with a degree in Political Science. Janet started working part time at Belk in Easley at the age of 17 and remained  with the company for 40 years before retiring. After graduation Janet was placed in the Management Training Program with Belk. She served in many capacities with Belk including Buyer, Store Manager in South Carolina, North Carolina and Georgia.  She served as Vice President and Regional Store Manager in Texas before returning to South Carolina to finish her career in Anderson. Janet has a passion for all animals.  Everyday she feeds 5 Community Cat Colonies in Clemson- 2 of her own and is helping a Clemson couple with their 3 on a temporary basis.The cats know Janet’s car and will come running when they see her arrive.  All the cats have been vetted and ear tipped. Janet is  very passionate about all things Clemson- she loves cheering for her Tigers at football, basketball and baseball games.Her dedication to helping animals will be a huge asset to Clemson Paw Partners.

Paula graduated from Purdue University in 1991 with a major in education.  Paula and her husband, Brad Brownell moved to Clemson 8 years ago, when Brad became the Head Coach for Clemson University men’s basketballl team. The Brownell’s have 2 daughters, Abby 20 and Kate 17.  Pictured with Paula is her rescue shih tzu Chloe.  The Brownell’s dogs have always been rescues. 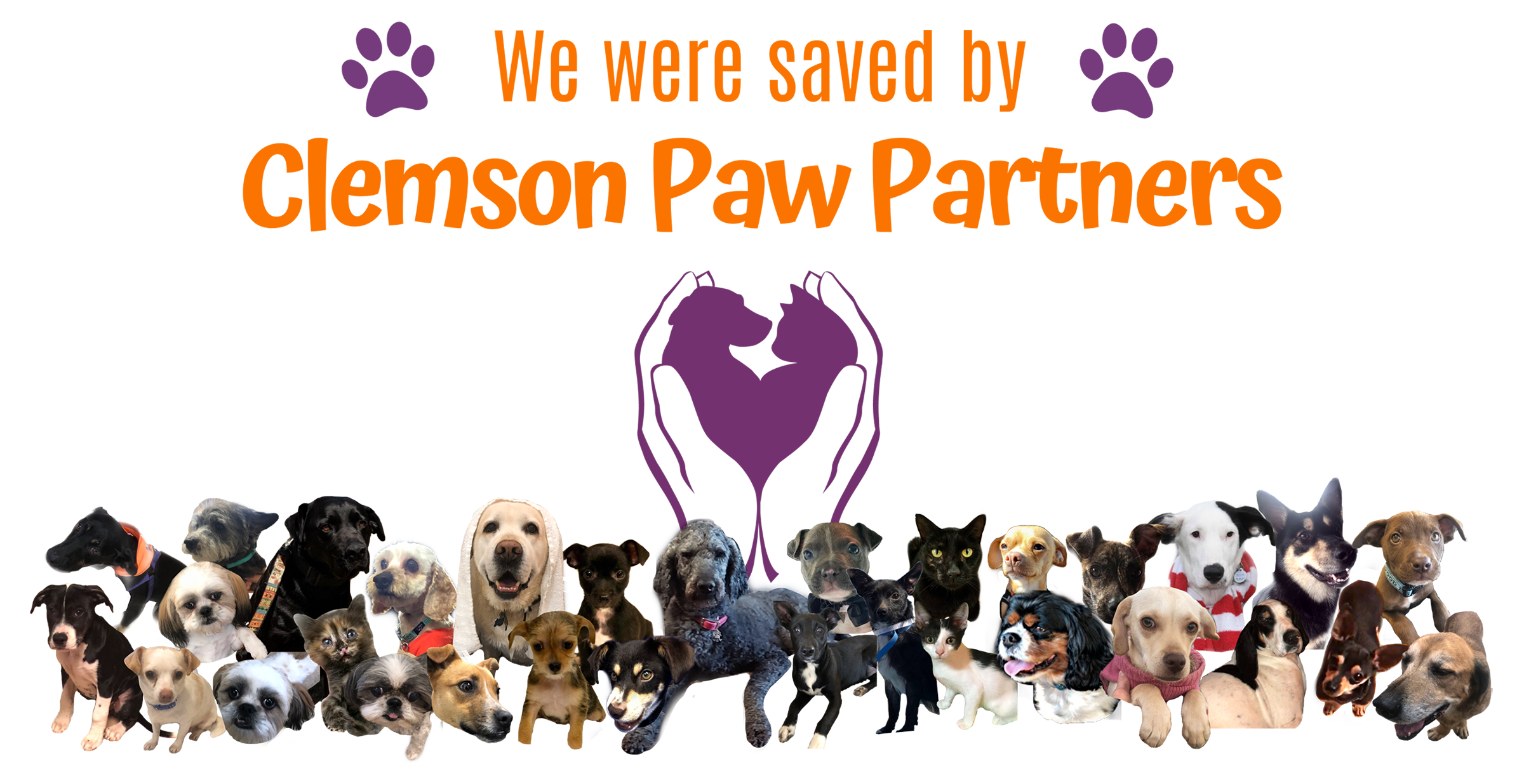 “ Clemson Paw Partners is an animal welfare organization that raises funds through the help of local businesses and our community to help save the lives of animals. Funds are used to help homeless animals and those in low income households obtain low-to-no cost spay and neuter services and other necessary medical care treatments. We are also focused on building a foster network, assisting with transport services and providing education of humane animal treatment. We believe that by reducing the problem of companion animal overpopulation in our area and providing assistance to caring animal owners that may not have otherwise been able to afford it, we will reduce the number of animals and euthanasia rates in our surrounding shelters.”

Funds are used to help homeless animals and those in low income households obtain low-to-no cost spay and neuter services and other necessary medical care treatments. We are also focused on building a foster network, assisting with transport services and providing education of humane animal treatment.